Depression - what is it? Do you have the signs? If so where can you get help? 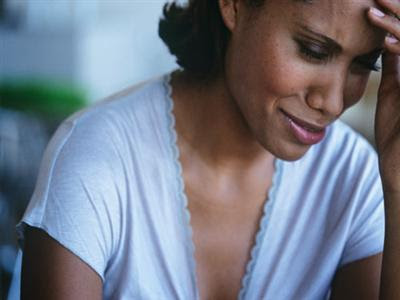 The Month of May is dedicated to Mental Health Awareness

Last year I interviewed Carol Kivler author of "Courageous Recovery". For many years she suffered from severe depression and medication did not seem to help. She finally turned to ECT commonly known as "shock therapy". Unlike what we may see in the movies, ECT is not a barbaric or unorthodox treatment. It is a treatment that for many has saved their lives and improved the overall quality of their lives.

I am not advocating any particular treatment for Depression. As an holistic advocate for health and wellness, I would much rather see this condition treated holistically. But what is most important is those who have Depression get help and treatment. I just had a dear friend who attempted suicide because her Depression had gone untreated. If her Depression had been diagnosed and treated she would not be in a hospital bed right now.

Here are a few facts you should know about depression and how it impacts your health and wellness:

Although no single cause of depression has been identified, it appears that interaction among genetic, biochemical, environmental, and psychosocial factors may play a role. The fact is, depression is not a personal weakness or a condition that can be willed or wished away, but it can be successfully treated.

An estimated 38 million U.S. adults have experienced depression at some point during their lifetime. The disease affects men and women of all ages, races, and economic levels. However, women are at a significantly greater risk than men to develop major depression. Studies show that episodes of depression occur twice as frequently in women as in men.

Although anyone can develop depression, some types of depression, including major depression, seem to run in families. Whether or not depression is genetic, the disorder is believed to be associated with changes to levels of chemicals in the brain such as serotonin and norepinephrin

To find out more about depression and other information about mental health here are some great links: 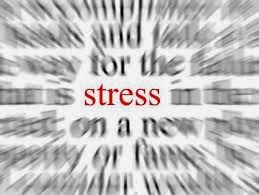 DeStress The Mess In 21 Days - Minimize The Impact of Stress on Your Body, Maximize The Joy In Your Life

Wellness Woman 40 - Holistic Living and Wellness For Women Over 40
Hi! Welcome to the Wellness Woman 40 Blog. I'm Lynnis Woods-Mullins, Certified Holistic Living and Wellness Expert, Author, Talk Show Host, Influencer, Publisher, Dancer, Mother, Grandmother and Wife. I am passionate about helping women over 40 to be well in their mind, body and spirit through holistic practices, fitness, nutrition and spiritual renewal. I love to encourage women to feel more empowered as they age. I like to help them realize (if they don't already) that reaching mid-life doesn't mean "no-life" It is quite the opposite. Reaching mid-life the wonderful opportunity live life using your well earned wisdom and life experience. Mid-life is an opportunity to get more empowered, more inspired, and more motivated to live a joyful and full life. Visit me at www.wellnesswoman40.com.